Assault vs. Battery Laws in Florida - How do they differ? 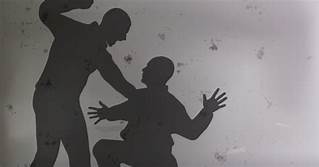 Assault and battery are serious crimes that should be punished. Because of this, Florida laws seek to ensure the safety of individuals and lawfully sanction the offenders with appropriate penalties. However, there is a distinction between these two terms that may be confusing to understand. There is also confusion as to whether assault and battery are a misdemeanor or a felony. How do they differ?

To determine key differences between the two, here is a simple guide to understand their distinctions. If you are an assault or battery victim, it is essential to get into the technicalities and recognize the charges before filing your case. After all, if you can prove your claim, you can also seek compensation for your personal injuries.

What is the difference between Assault and Battery?

Are assault and battery the same thing? Or do they have differences that will affect your case?

Depending on where you live, the definition of assault and battery may be different. At this time, we will focus on the laws in Florida. To ensure that you are getting accurate information, seek assistance from local attorneys so that you can get accurate information for the applicable laws in your state.

We often hear the words “assault” and “battery” and may think they mean the same thing. However, although there are times when they go hand in hand, there is a technical distinction that separates them from each other.

In Florida, the definition of assault is an intentional and unlawful offense that is committed when an individual threatens to harm another. When the individual/s has the obvious means or ability to perform the harm or threat that causes the victim worry, fear, and distress, this act is considered an assault.

Many victims of assault will be affected emotionally, causing them to fear for their safety and wellbeing. When the perpetrator seems to be capable of doing their threat/s and harming the victim, the latter’s right to security is being threatened, therefore , an assault charge may be imminent. To be classified as an assault, the perpetrator must threaten the victim using their words, gestures, or other acts that do not involve touching the victim.

There are two degrees of assault in the state of Florida: simple assault and aggravated assault. Depending on the offense committed by the offender, the severity of the penalties will be affected.

Simple assault is considered a second-degree misdemeanor in Florida that occurs when the offender threatens the victim without using any type of deadly weapon or force.

Aggravated assault is considered a third-degree felony that involves the act of threatening another person with the use of a deadly weapon. In this case, a deadly weapon is defined as a tool that can cause an individual serious physical harm and injury, such as a knife or a firearm.

Simple assault: Tom is angry and threatens to hurt Jane. He clenches his right fist and aims it towards Jane, though it does not touch her physically. However, Jane feels threatened and scared that Tom will try to hurt her for real.

Aggravated assault: Tom is angry and threatens to hurt Jane. He gets the knife on the kitchen counter and points it to Jane, making her feel threatened and scared.

Just like with an assault charge, there are also two degrees of battery: simple battery and aggravated battery. Depending on the offense committed by the offender, the severity of the penalties will also be influenced.

Aggravated battery is considered a second-degree felony that constitutes the act of intentionally touching or striking another individual against their will. Compared to simple battery, aggravated battery occurs when the offense involves the use of a deadly weapon.

Simple Battery: Tom is angry at Jane and punches her face. As a result, Jane breaks her nose.

Aggravated Battery: Tom is angry at Jane and takes a knife from the kitchen counter. He then uses the weapon to stab Jane in the back.

Can you sue for both assault and battery?

"Justice is the means by which established injustices are sanctioned." - Anatole France

Yes, it is possible to sue for both assault and battery cases. In many instances, being charged with both may lead to serious legal repercussions to the defendant once they are proven guilty. As long as the complainant suffered due to the perpetrator’s unlawful actions, they will always have the right to seek justice for their suffering.

What does this mean for the victims? Since being on the receiving end of the offense takes a lot of toll on these individuals physically, mentally, and even financially, they can also claim compensation for their damages.

What consequences do assault and/or battery victims face?

Battery victims may suffer from minor and/or serious injuries, such as:

Assault and/or battery victims may feel significant damage to their mental health. These unfortunate situations may cause them to feel:

Being a victim of assault and/or battery goes beyond the physical and psychological repercussions. In fact, they will often suffer from financial consequences due to their expenses such as:

What are the penalties for Assault and Battery in Florida?

If you decide to pursue a civil claim for assault and/or battery in Port St. Lucie or anywhere in Florida, the penalties and consequences to perpetrators will still depend on the degree of their offense.

For simple assault, convicted offenders may be imprisoned for up to 60 days, be on probation for 6 months, or may have to pay a fine that does not exceed $500.

For aggravated assault, convicted offenders may be imprisoned for up to 5 years, be on probation, or may have to pay a fine that does not exceed $5,000.

For simple battery, convicted offenders may be imprisoned or be on probation for up to 1 year or may have to pay a fine that does not exceed $1,000.

For aggravated battery, convicted offenders may be imprisoned or be on probation for up to 5 years or may have to pay a fine that does not exceed $10,000.

If you or someone you know have been a victim of assault and/or battery in Florida, seek the assistance of a personal injury lawyer as soon as you can. It is the right of every individual to feel safe and be safe, no matter where they are. If your rights have been breached and trampled on, you deserve to get justice for this unfortunate circumstance.

Being a victim of an assault or battery is extremely serious. If you need to build a claim, hiring a legal representative should be your priority. Call us now for a consultation. We serve in the Port St. Lucie area and all across the State of Florida.